Want to know something interesting?  I’ve never gotten the whole “egg nog” thing!   Like most people, I try it every year and never really understand the excitement.   Until this year.

I have bought tons of soy nog – and I have thrown it away every time.   Then I decided I wanted to make Oh She Glows Egg Nog Biscotti's (which are incredible FYI)… so I bought this.

You could always use my recipe from last year… 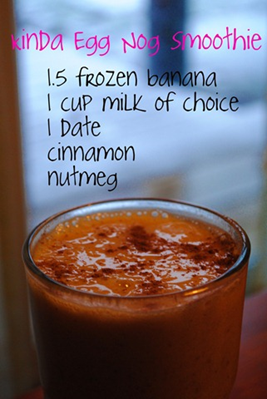 As mentioned I used it for Oh She Glow’s Egg Nog Biscotti's this is her picture since I banned all my biscotti’s to the freezer for Christmas!  Thank you Angela for the permission to use it! 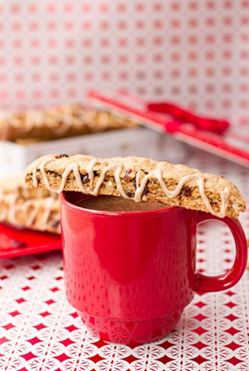 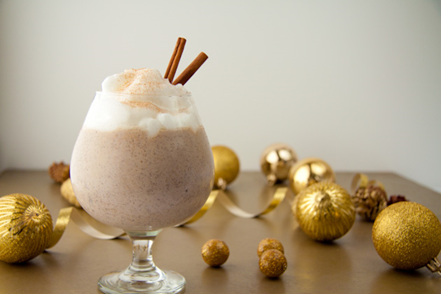 Also on facebook there were a few suggestions as well!!

Zen Zero (my favourite raw/vegan place in the Comox Valley) sells this - 8oz almond milk, 4oz carrot juice, 2 dates and 1/8tsp both nutmeg and cinnamon blended with ice. It is shockingly delicious!!  (Maurissa – once again – must come visit!)

Stephanie from Dairy Free Diva suggested this recipe - More of a to taste thing.... 1 1/2 c Unsweetened almond milk, heavy pinch freshly grated nutmeg, pinch cinnamon, a good squeeze of agave nectar or honey, and a drop of vanilla. Froth with an aerolatte wand  or in a blender and enjoy :)

Do you have a favourite dairy free egg nog?  Do tell!!!  (feel free to link drop!)