Thank you for all the LOVE on Dairy Free Betty’s 1st birthday!  I can’t believe I have already been blogging that long!!

So today, I’m sharing a recipe that is DELICIOUS… and perfect for a cool fall day!

I was pretty excited when I made this and Dave said it was almost as good as his Nan’s, because she makes and AWESOME pea soup, that I know Dave craves sometimes…  but Newfoundland is a long ways to go for a bowl of soup!! 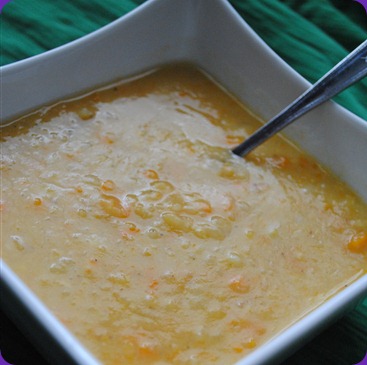 It’s super easy, I tossed all the ingredients into a slow cooker and cooked it on high for just over 3 hours!  (or low for about 6)

1 stalk of celery (I chop it into 3 large pieces, so I can remove it before serving)

Salt and Pepper to taste.

Yup that’s it… toss it all in, cook it, and then use a potato masher and mash it together before serving… so yummy! 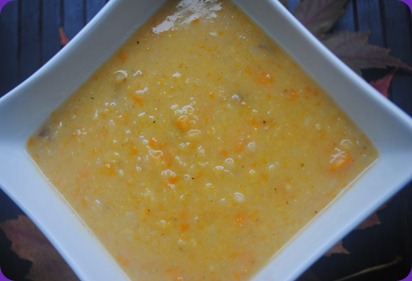 Traditional Newfoundland Pea Soup is made with salt meat,  or you could use bacon, just fry it up before you toss it into the slow cooker.

And now I’ll leave you with a bunch of cute pictures! 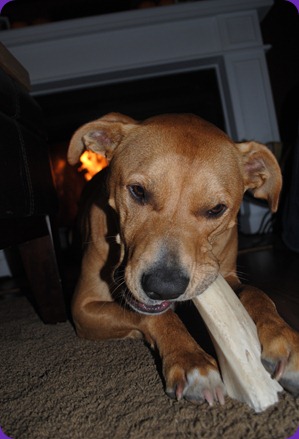 Dave took Lance to the vet, and they told us he’s overweight :( Apparently by 10 pounds, which is crazy because he looks skinny, but he weights 95 pounds!! 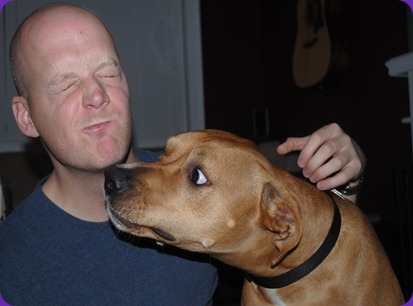 PS.  What are you doing for Halloween?

We don’t have much planned except pumpkins and handing out candy with some friends!!