I haven’t forgotten about you!

Wow, what  a crazy week it’s been!  We have already been married for a week!!  And in that week we have traveled back home (to ugly nasty snow), I’ve done 1 exam and have 3 more to go in the next 2 weeks.   Life is busy!!  But I haven’t forgotten about you guys!!

Are you interested in seeing more wedding/trip pictures?  I don’t want to keep adding them if no one is interested?!

I know you are all interested in what was eaten while there though!  The resort, which was the RIU EMERALD BAY in Mazatlan was awesome and had fantastic food! 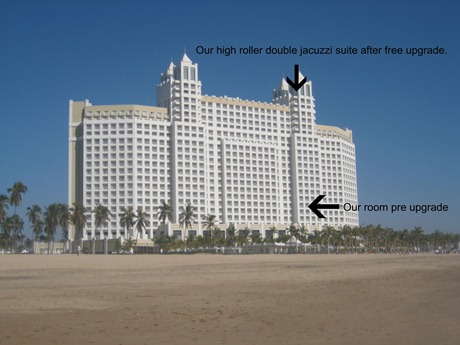 Every morning my plate was filled with pico de gallo, fresh pineapple jam, pineapple, a bagel or fresh corn tortillas, lox, and usually an egg white!!   SO GOOD!   I didn’t happen to snap any pictures of it though!

On the morning after our wedding, they brought us breakfast in bed, and it was a feast! 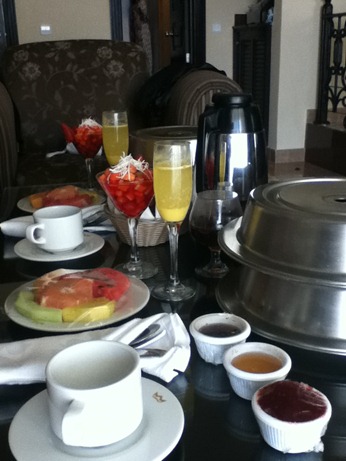 Most of it I couldn’t eat, but there was French toast, regular toast, ham and cheese omelette with beans and hash browns, fruit platter and fruit cup, mimosas and coffee with amaretto!

I SO WISH I could have eaten this…  But the beans had cheese all through them and the omelette was full of cheese! I did have a hash brown and it was fantastic! 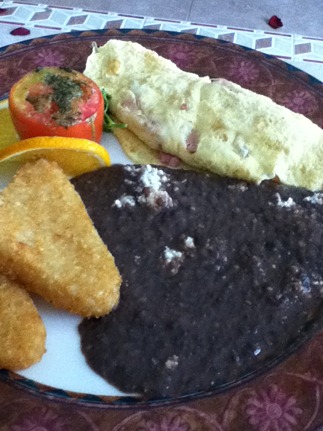 The fruit cup was awesome though! 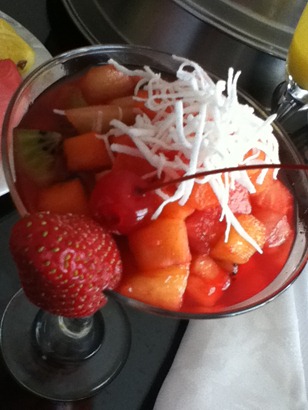 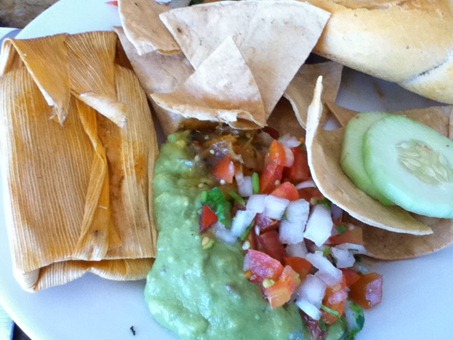 If I could eat this way forever I would have!! (if there was sushi included somewhere!) 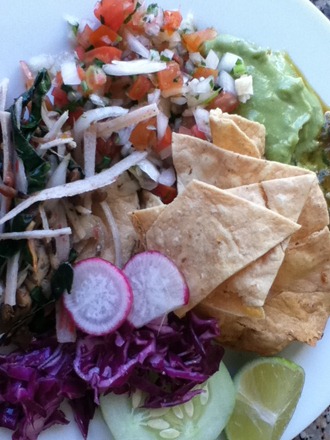 I squirted lime on pretty much everything!! Makes it taste so fresh! 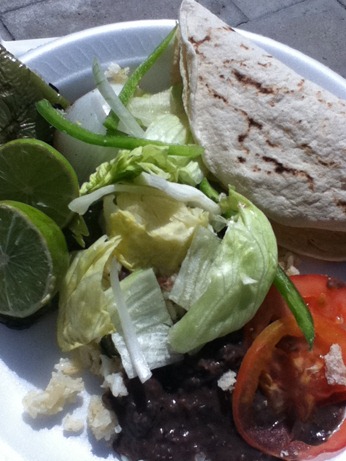 For our rehearsal dinner, we booked in at the Asian restaurant… here is my plate… 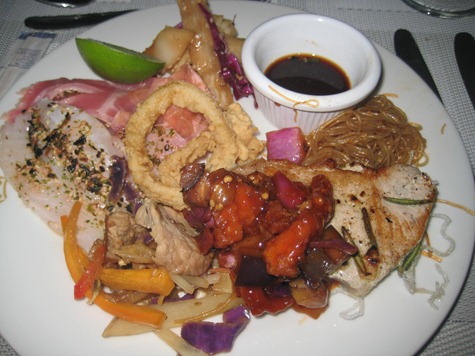 It was pretty good, but not as good as the buffet…

I also sampled quite a few drinks!! 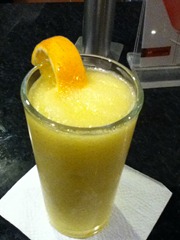 How about some fresh coconut water? 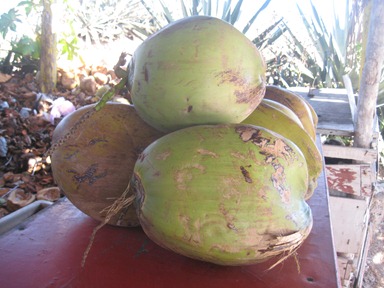 $2.50 for the whole coconut… I paid him more though, as I snapped a bunch of photos! 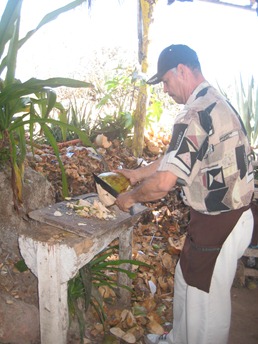 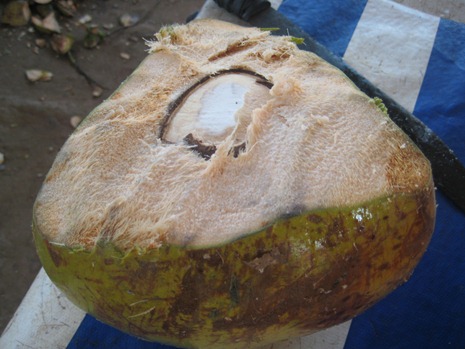 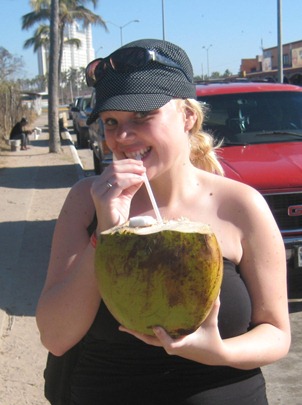 This coconut weighed about 5 pounds… and once we got back to the resort, it quickly became the communal coconut!!!  Everyone had a sip!!

It’s pretty safe to say the food was awesome,  the view from breakfast was pretty beautiful too… 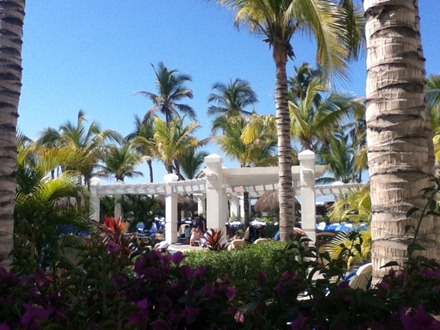 I found it pretty easy to eat dairy free with all the buffets!  I sniffled a few times as typically the beans and sometimes the guac had cheese sprinkled on it… but otherwise it' was pretty good!!  Only 1 upset tummy the whole time, which is good for me!!

Anyways, hope you enjoyed this little adventure of food!!   I’m drooling looking at all these pictures! Today for lunch I made Mexican rice and pico de gallo and for dinner I am heating up some refried beans and corn tortillas and we’re having a Mexican feast!!

I' promise to post recipes soon!!!  And also a recap of Salsa and Salsa’s excursion!! (SO FUN!)

Remember to let me know if you want to see more wedding recaps!!