Thanks to everyone for the lovely chats on facebook – I didn’t realize that everyone except for West Coasters were having a heat wave!  I love being able to chat with you guys! Feel free to leave notes whenever you like – especially if you have a question – because my comments don’t let me answer!

This was tasty (weird yes – but tasty also) – Toasted bread with earth balance, nooch and asparagus…  on a paper towel 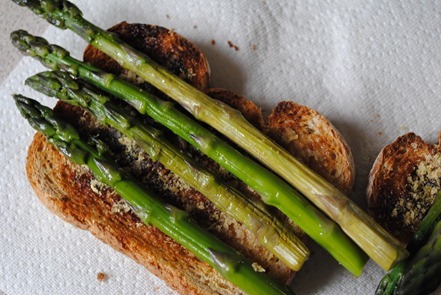 A new to me granola from Girlnola.  It was SO tasty!! Everything was perfectly crunchy – even after an almond milk bath!  New love!  (more on this later) 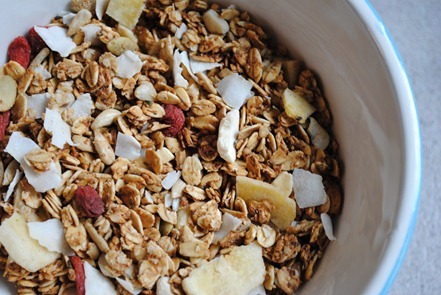 I’ve also been loving the breakfast sandwich – Brown bun with tomato, mayo and an egg! 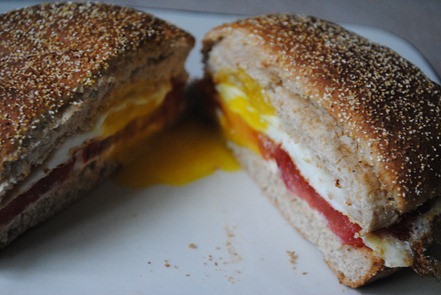 I’ve been eating homemade pizza like a crazy women – it’s just such a satisfying meal and makes for lots of left overs (double score).

This one was simple; hummus base, caramelized onions, fresh tomatoes and herb de providence. 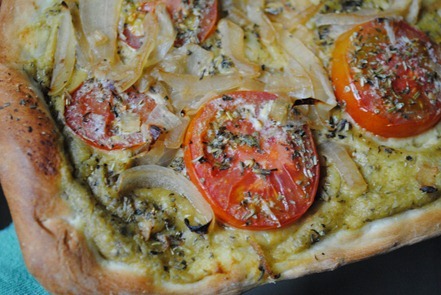 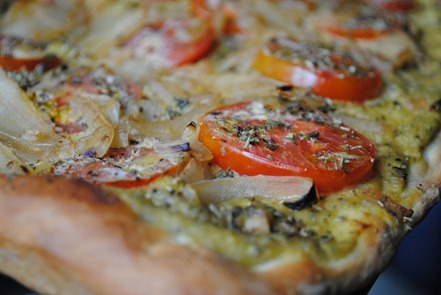 Once I get bored with the flavours – I add a little bit of dressed salad to the top! 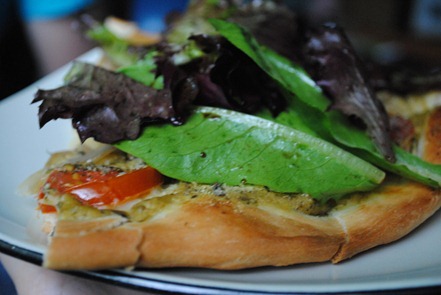 It just adds a bit of extra excitement! 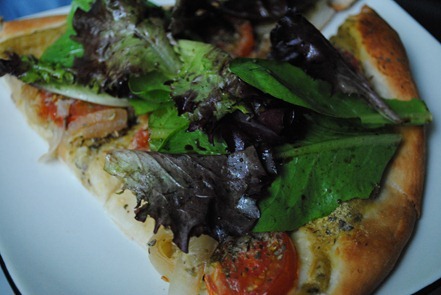 Another thing I have been eating far too much of – which I think is just my protest against summer not being here… SMORES! 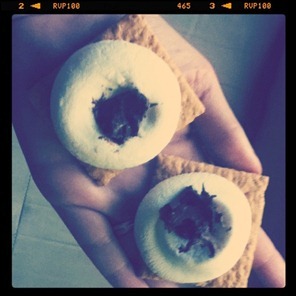 And THEN I saw that Elizabeth made smore pops!! Are you kiddddddddddding? 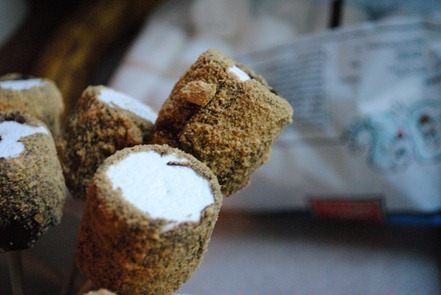 Apparently I should have read the directions and not crunched up the smores so tiny – but they are awesome. 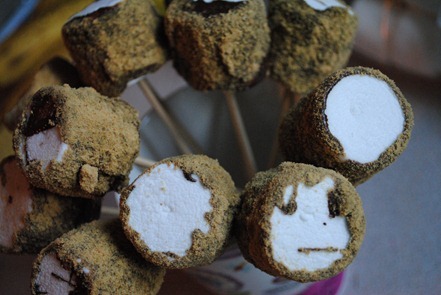 Anywhoo – as you can see – nothing exciting has come out of my kitchen – although last night I made some almond cheese (a different recipe) so if that turns out – I’ll be sure to let you know!!

How is your summer going so far?  Have you been burning up or staying cool?