Saturday morning we heard something going on in the backyard, and when we went out we discovered… 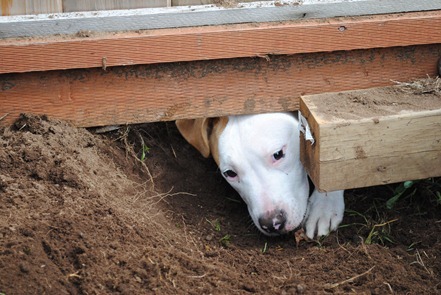 The new pit bull puppy next door and our dog Lance had cooperatively dug a whole to meet. 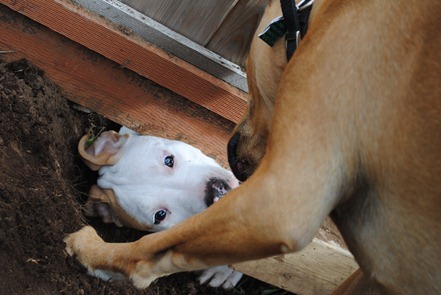 It was so cute (no puppies were harmed in this, we made sure!!)

Next thing you know?

We had a VERY cute visitor in our backyard! 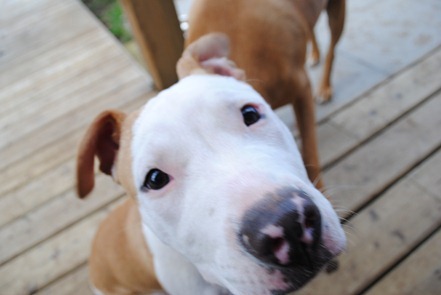 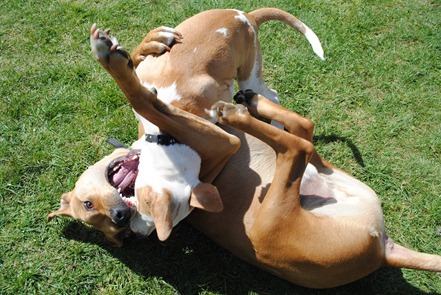 and played some more 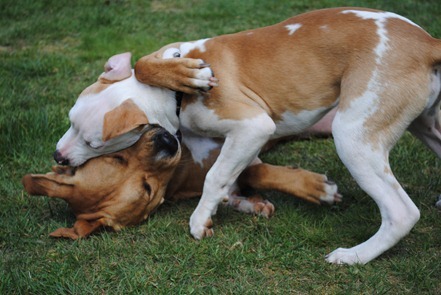 Chaos quickly demanded dominance over Lance, which is funny because he’s just a puppy.

He even stole Lance’s bone… right out of his mouth! 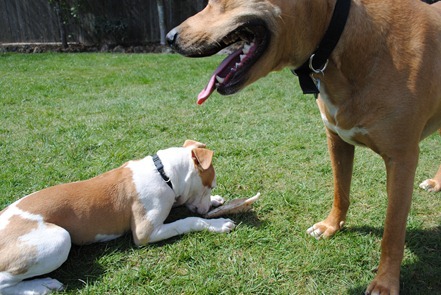 They even played tug-a-war – with Chaos growling the entire time (SO cute!) 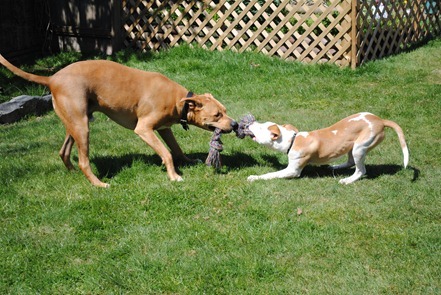 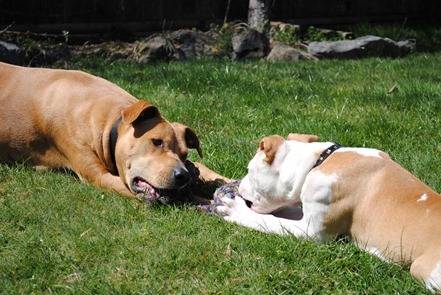 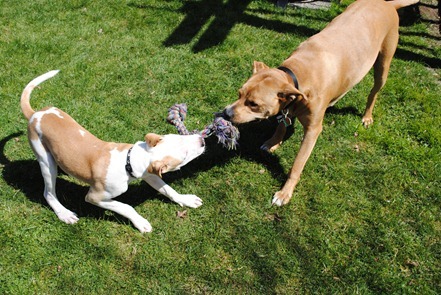 I think Lance got tired out, because after awhile, he would just sit down… 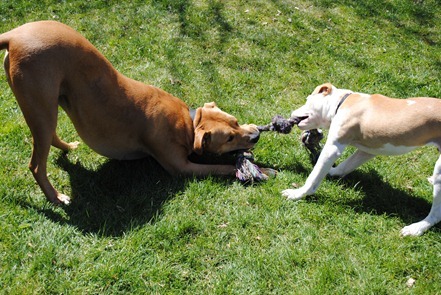 After about 3 hours of playing they got pooped and took a rest. 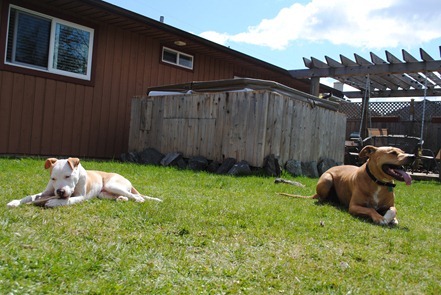 Which lasted about 2 minutes and they were at it again. 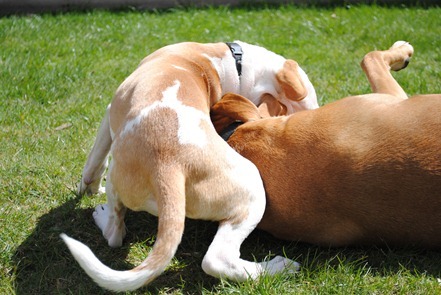 I think they are best buddies now! 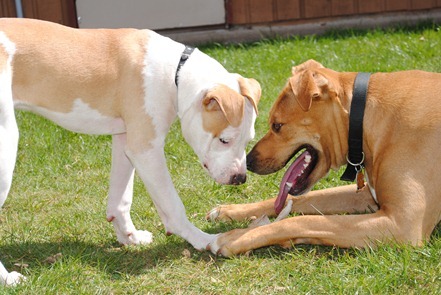 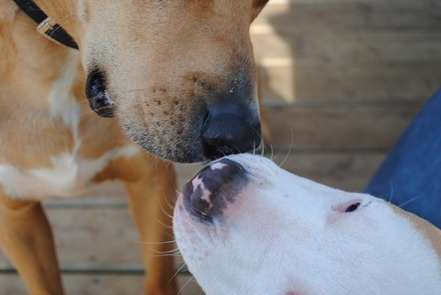 And we don’t mind having him over for a playdate because he’s SO CUTE! 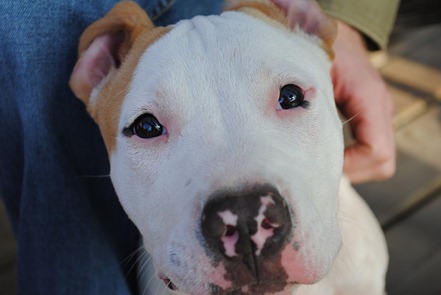 We’ve chatted with our neighbour and these two rowdy boys can have play dates whenever the rocks are moved from the hole! haha

As you can tell, I haven’t gotten much done in the last two days, but my abs hurt from laughing so much!!

Email ThisBlogThis!Share to TwitterShare to FacebookShare to Pinterest
Labels: lance