Happy Monday to you!

I’m excited, as I start my new job doing respite care today!!  I wonder what fun things we’ll come up with to do!

Anyways, it’s my grandma’s 87th birthday today – so last night we had a BBQ with her.  I knew they would all be having cake, and I knew I would want dessert.  I also knew that I had 1 avocado in the fridge that needed to be used! 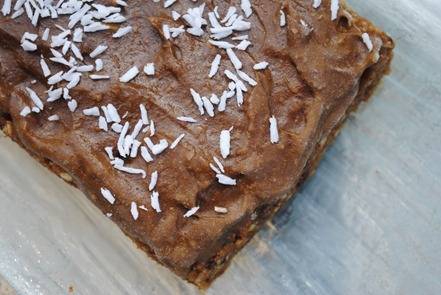 I gave a shout out on twitter for a dessert idea using avocado and a few great ideas came up.  But the one that appealed to me most was this one.  I also remembered that I did make a yummy one in the raw foods course I did last summer!   So this is based off both of these recipes!

Overall the recipe is pretty good – there are a lot of flavours going on.  I think the crust may need to be lighter, but other than that – it turned out good! 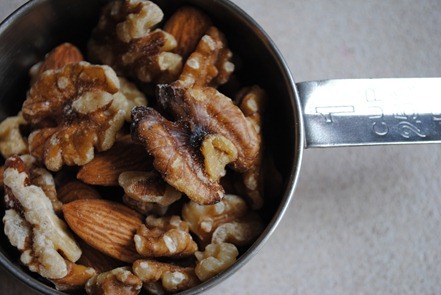 1 TBSP coconut (next time I would use more)

Toss everything into the food processor and process until it starts to roll into a ball.  You may need to use a spatula the push everything down!

After it’s processed – form it into the shape you want.  I did a bit thicker for blondies – but you could also make it thinner so it’s more like a pie crust! 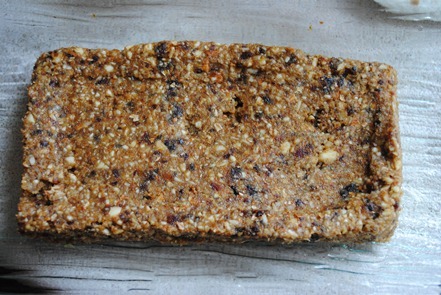 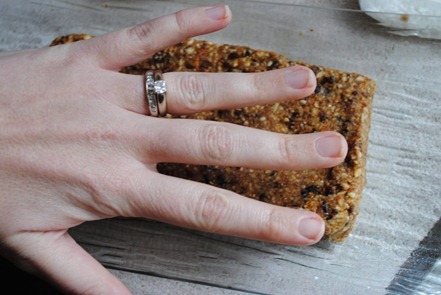 Avocado Icing (enough for icing on brownies, but if doing it pie style – double the recipe) 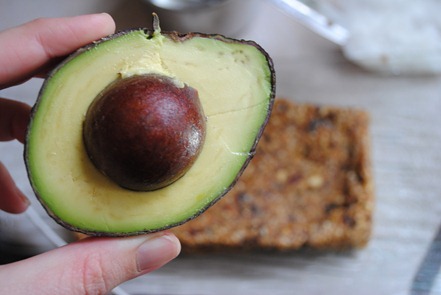 Mix all these ingredients together until avocado is smooth. You can also do this in the food processor.

Top the blondies or pie with icing and put into freezer until about 10 minutes before you want to eat it!   Freezing it really adds to the textures!

I made sure to make myself a mini for a taste test! 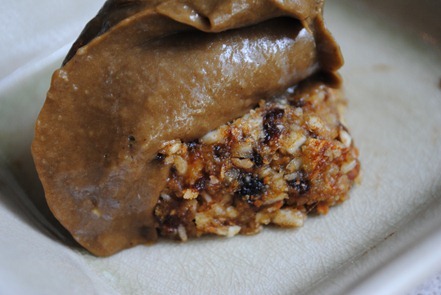 Sprinkle with coconut to make it prettier! 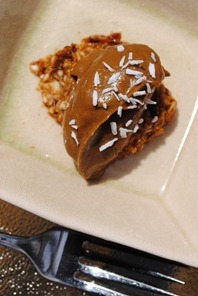 It would also be awesome with banana slices! 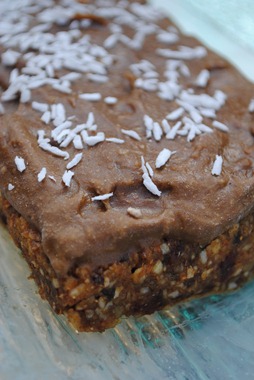 I think next time I would do it pie style (aka thinner crust – more icing!) but overall I enjoyed it.

Have you tried any raw desserts?  I know this one isn’t technically 100% raw because of the maple syrup – you could sub agave for this if needed!

Have a great Monday!!